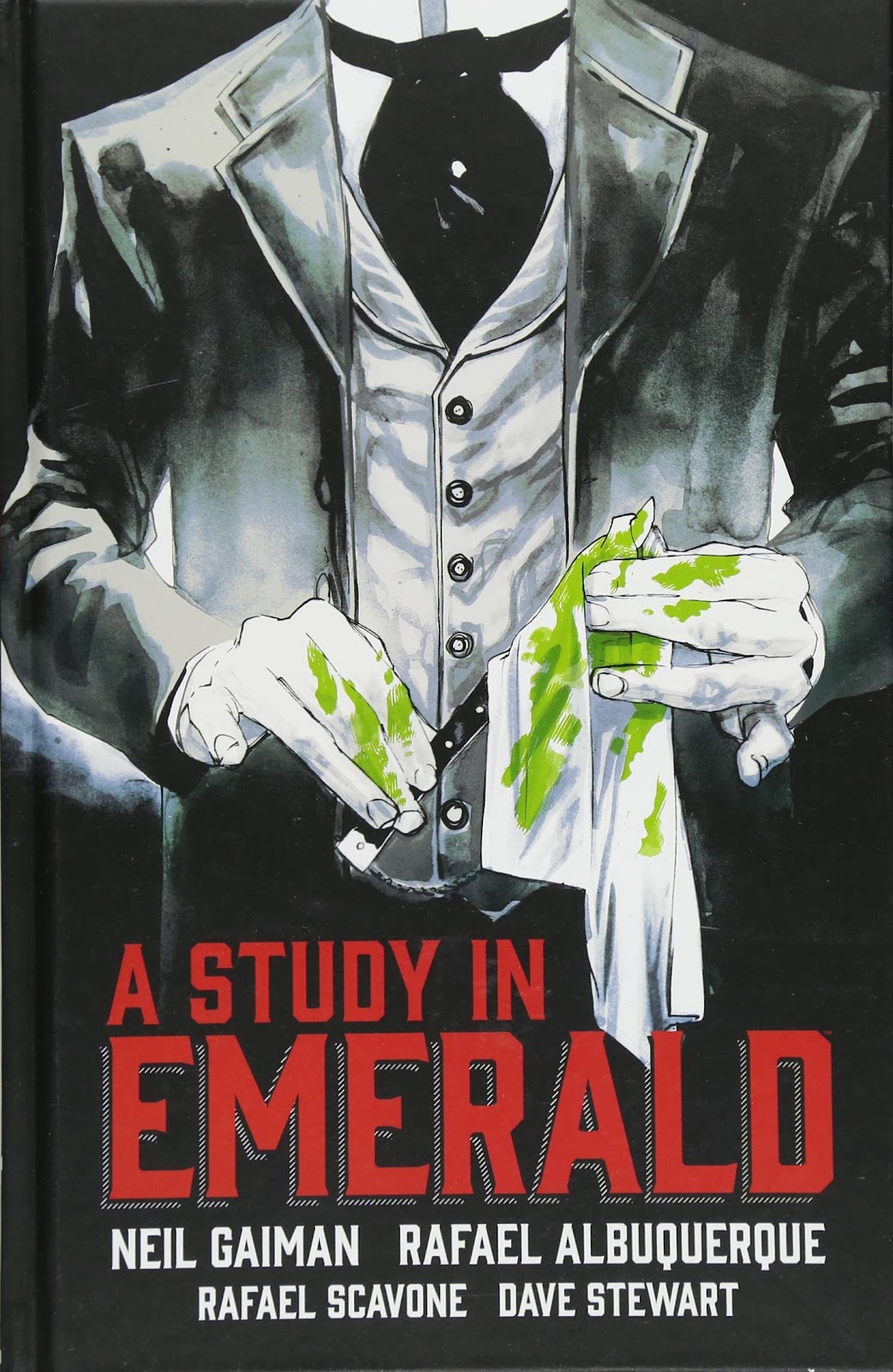 Review – A Study In Emerald

“A Study In Emerald” is a graphic novel based on a short story by supernatural fantasy writer Neil Gaiman. His weird and wonderful mind has been behind award winning comic series such as The Sandman and American Gods. The short story has been adapted by Rafael Albuquerque (American Vampires) & Rafael Scavone (Hidden Society). It goes without saying, but i’ll do it anyway. They’ve done an amazing job.

Set in an alternate Victorian London, the plot is a take on the classic Sherlock Holmes story “A Study In Scarlet” by Arthur Conan Doyle. The difference with “A Study In Emerald” though, is it has a Lovecraftian twist to it. Before diving in, a lot of boxes were already ticked for me. By the end the only real issue I had was that there wasn’t enough of it.

Without much surprise, “A Study In Emerald” is very well written. I had no doubts about that going into this story. I can honestly say that It’s hard to find any real faults, apart from it may feel too short for some readers. For die hard fans of Sherlock Holmes and H.P. Lovecraft, this shouldn’t work, but it does, and for that I feel I can only speak highly of this book.

In addition to a great read, If I go on without mentioning the art it would be a sin. So to start I have to say this book is just great to look at. The art style is top tier In my opinion. Using dull and gloomy dark grey tones help emphasise the greater story elements which ties the whole package together really nicely. Every page turn I found myself drawn in by the artwork alone.

My overall thoughts on “A Study In Emerald” is that It’s one of the best things I’ve come across in the past little while. As I said before my only real fault is that it seems a bit too short. Though I realise that it is adapted from a short story, the transition to graphic novel might be where I find the issue that it feels unfinished by the end. Other than that, this book is nothing short of phenomenal in a lot of areas and I highly recommend it.

If your enjoyed our Review of A Study In Emerald then comment below or leave your own rating.

Check out all of our Comic, Movie, Television and Videogame Reviews HERE and our Podcasts/Interviews HERE